Eating fish during pregnancy: is it safe? 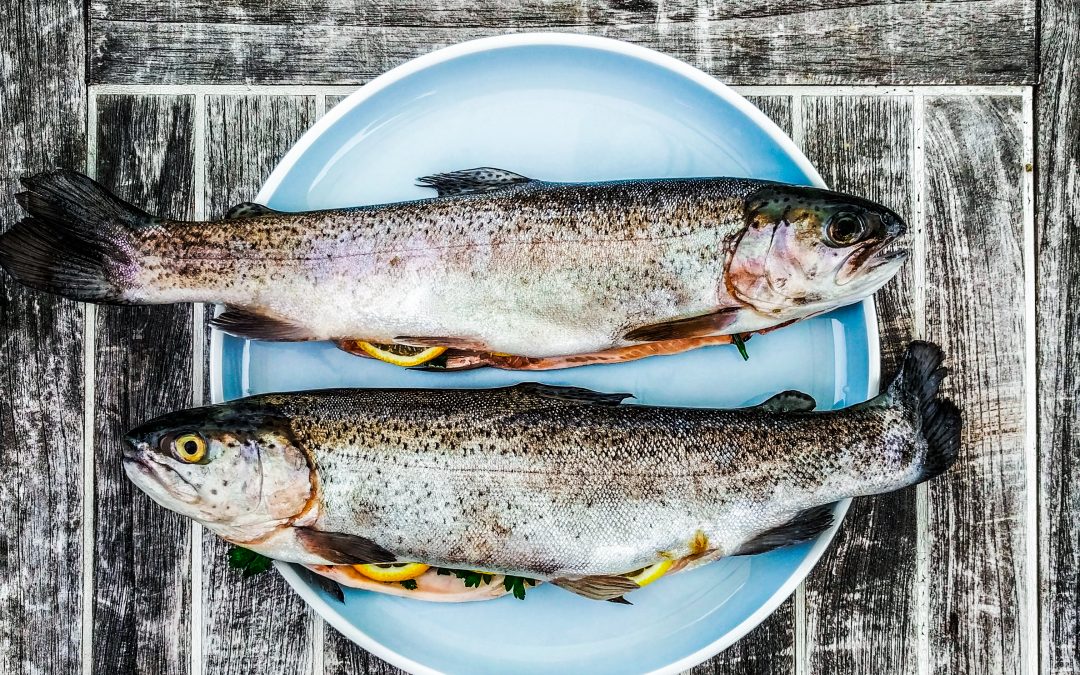 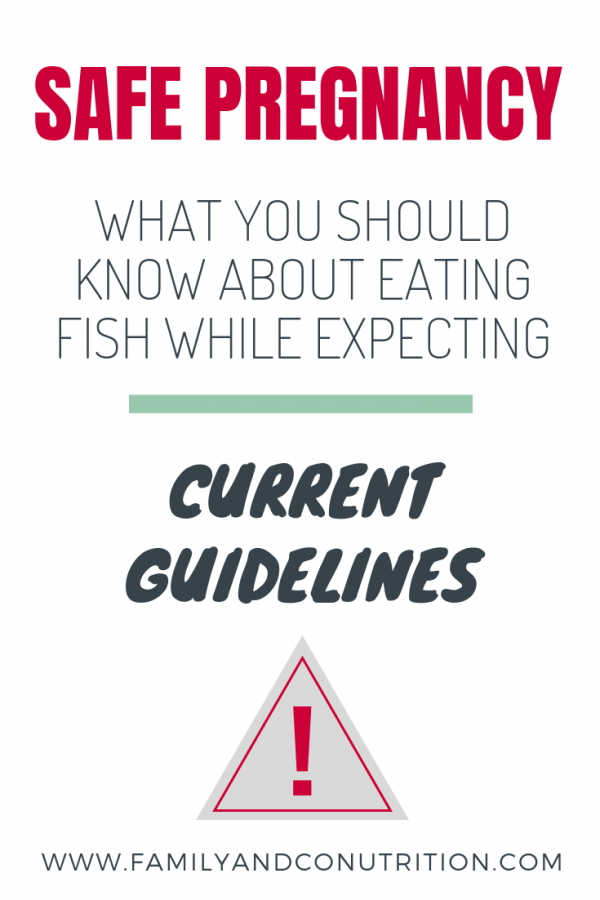 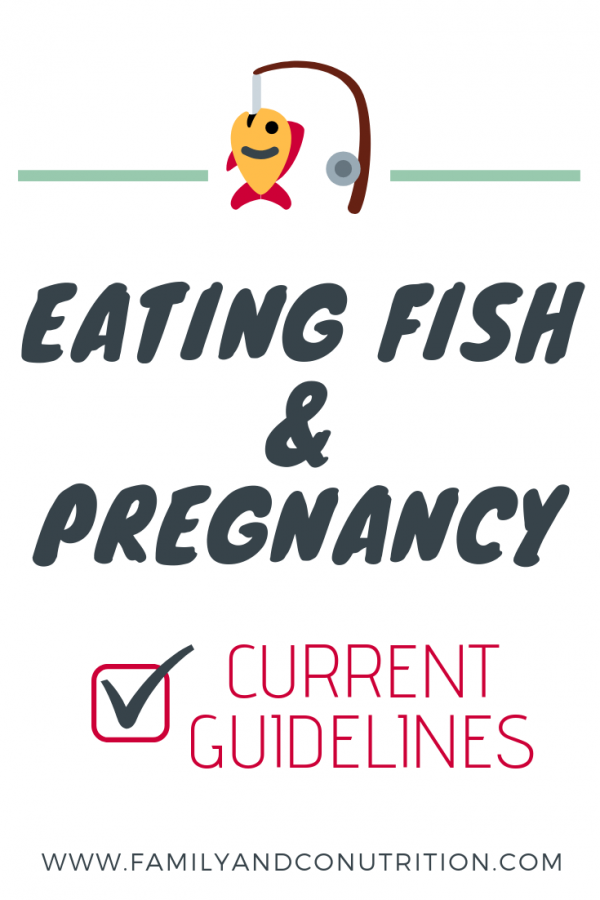 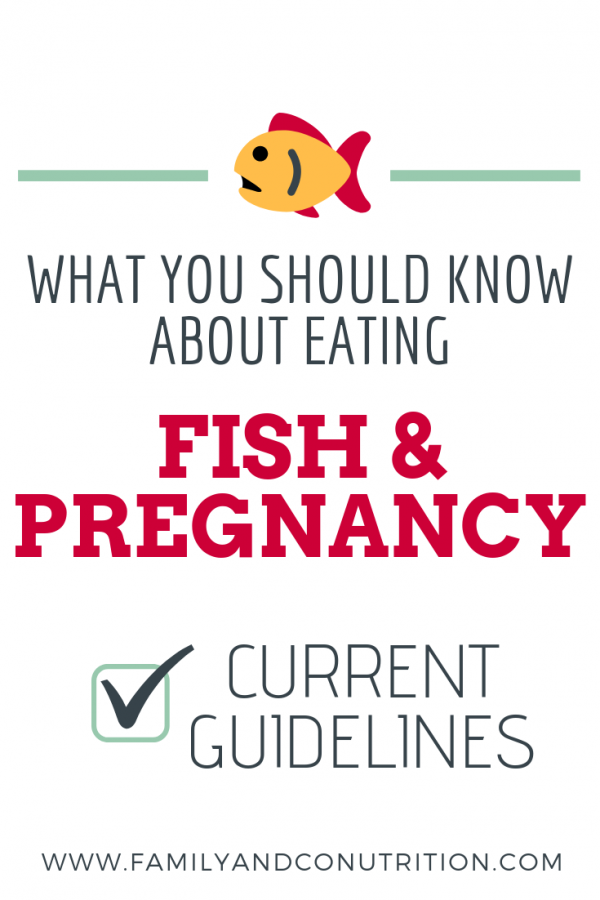 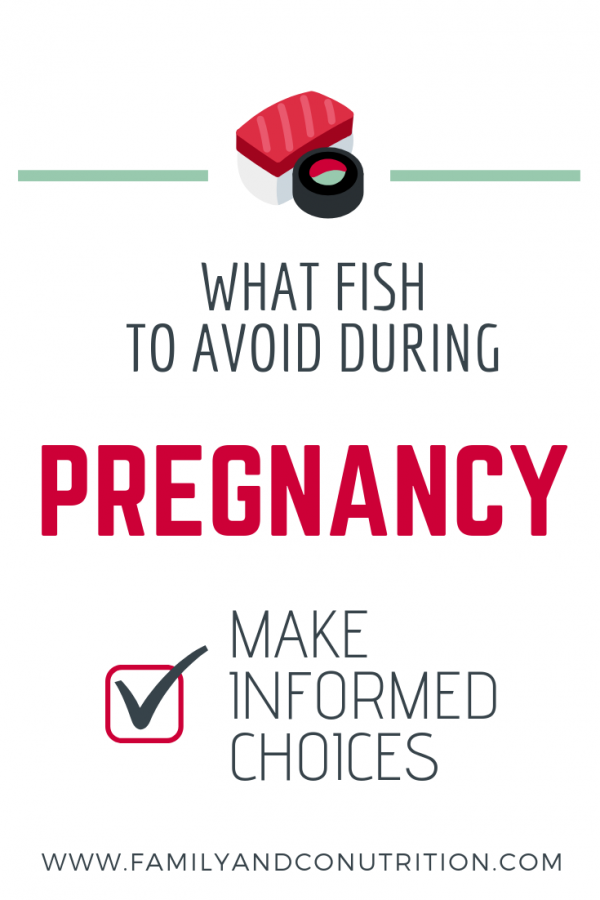 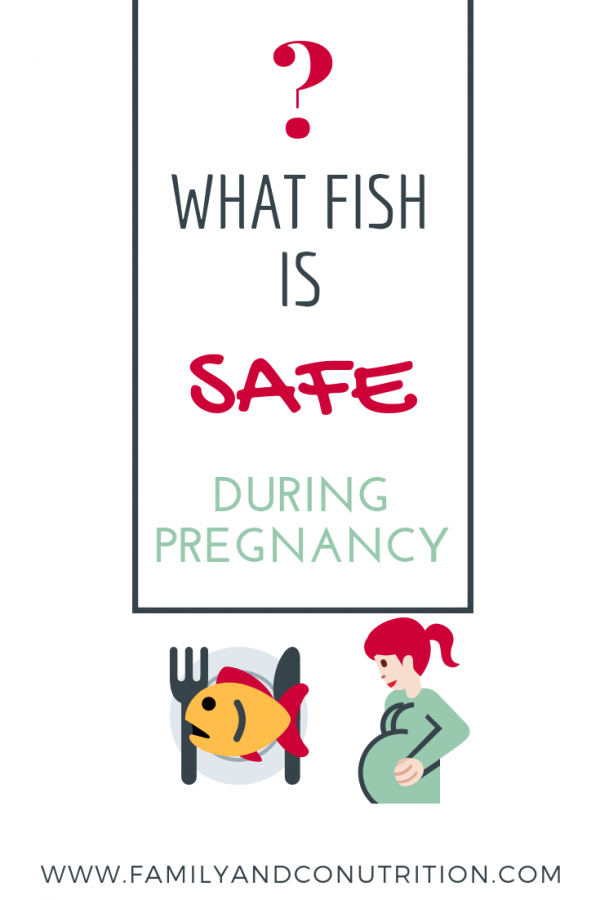 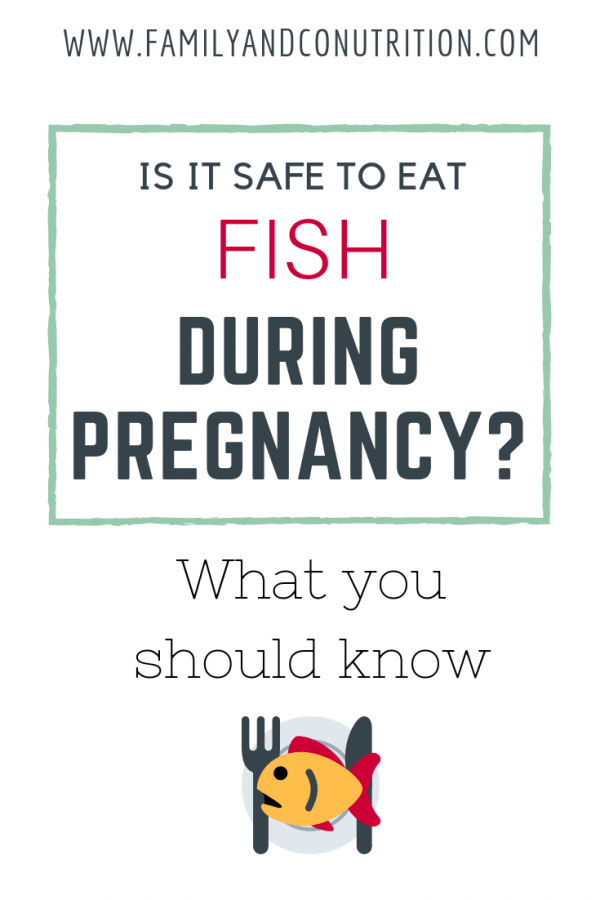 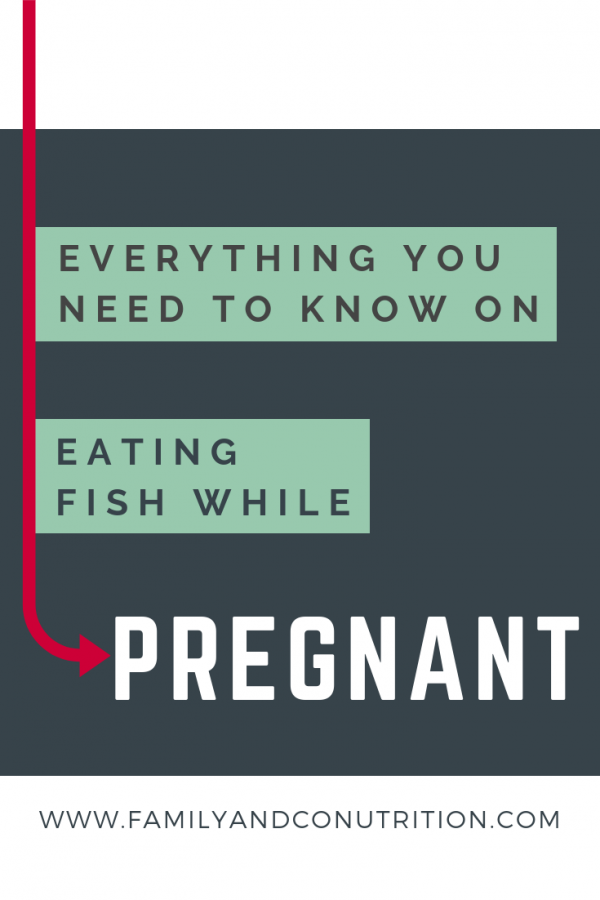 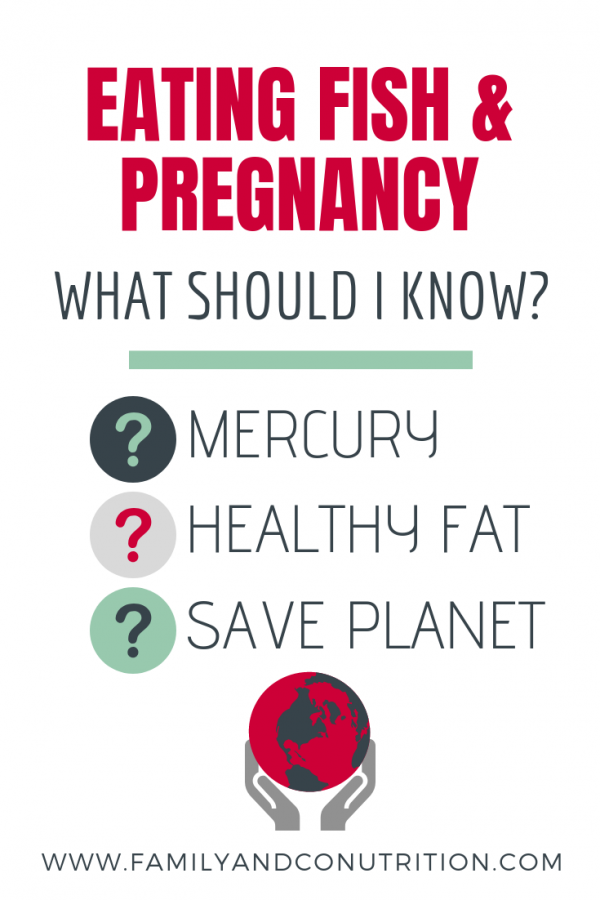 What you need to know about eating fish during pregnancy

If you’re pregnant or breastfeeding, a healthy and balanced diet is super important for giving your growing baby the nutritional building blocks needed for normal development. Like they say, rather than eating for two, eat twice as healthy!
We appreciate that views on fish consumption during pregnancy are culturally influenced.
Being from North America, the national recommendations are to
In some cultures, eating raw fish is perfectly normal while pregnant. For example, a few years ago when I was picking up my sushi order, the pregnant Japanese woman working behind the counter was happily eating a salmon roll. It was a “can’t unsee” moment because when I was pregnant, I always thought of her and craved sushi…but knew I would wait until the postpartum period because I felt better playing it safe. To each their own!

Pregnancy is a time to make wise food choices, and to eat twice as healthy!

Fish during pregnancy: part of a healthy plate

Targeting a variety of food groups and adopting the healthy plate (meats and plant-based alternatives, vegetables, fruits, whole grains, dairy, etc.) will help ensure you get enough of these important nutrients; this is why we stress the importance of a balanced diet for most of your meals.
BUT! because pregnancy comes with a state of lower immunity, there are some additional things your should be careful nutrition-wise! There are certain foods you should avoid, and others that require careful navigation – at least, some food might pose potential problems so it’s all about knowing the risks and taking the right decision for you!
The best example is fish! It is healthy but there are some details to consider.

Fish during pregnancy can be healthy if selected carefully 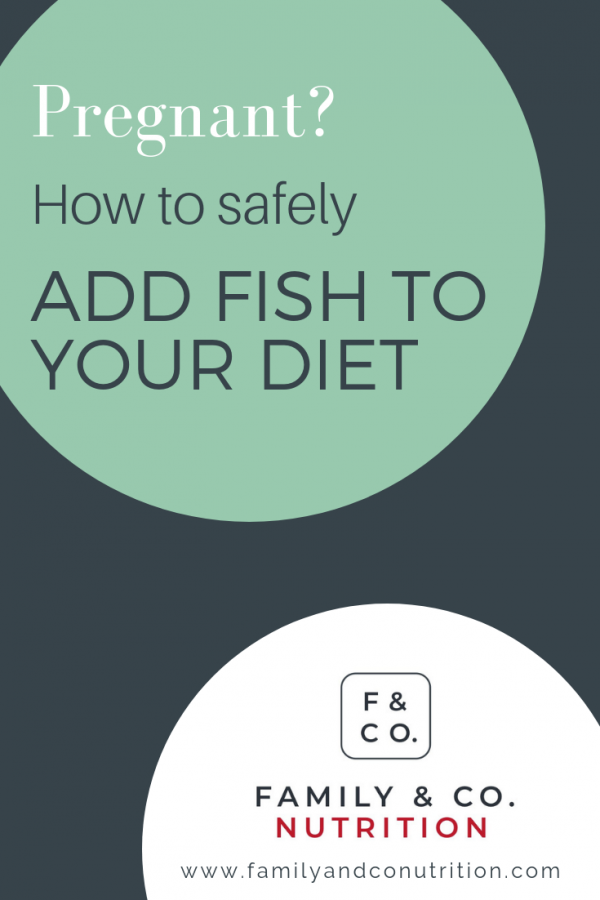 How much fish should you eat during pregnancy?

During pregnancy, it is actually recommended to eat fish twice a week:

Eating fatty fish is recommended during pregnancy, but choosing the right quantity and kind of fish requires careful consideration

Is it safe to eat fish during pregnancy?

In short, yes AND no…hey we told you this requires some careful navigation!
We’ve put together a FREE printable chart that gives you a quick rundown on the best fish to eat during pregnancy. Feel confident that your choices are safe, for you and the planet!
Eating fatty fish is recommended because it tastes good (sushi anyone?), and the emphasis on the “fatty” is because these fatty fish also provides omega-3 fats (and other nutrients like vitamin D, selenium, magnesium, iron, copper, and iodine) which we tend to not to get a lot of in our diet.
Despite being rich in omega-3, tasting delicious, and offering variety in our diet (often replacing meat on our plate!), fish during pregnancy has a bad rep because
Making the right choice is important! There are fish species that are low in mercury, not endangered, and that if cooked properly can be safe, healthy and delicious for pregnant women (and everyone else, for that matter!).

Choosing the right fish species and cooking it properly can represent a healthy food option for pregnant moms.

In general, we want to avoid large predatory fish. These species tend to have higher levels of mercury in their muscles because they absorb it from the water they live in, and from the prey/fish they eat. Over time, these large fish build up mercury levels, and is an example of a toxin that concentrates up the food chain.
Why is mercury dangerous for you and your baby?
We’ve summarized all you need to know in a handy cheat sheet: which fish is safe to eat for pregnant women and protects the planet!
Fish species that are high in mercury include fresh/frozen swordfish, shark, tuna, marlin, escolar, and orange roughy. If you choose to eat these species of fish, Health Canada recommends to limit it to 5 ounces per month for pregnant or breastfeeding women. This represents two servings or approximately one cup as a reference point.
It’s important to put this in perspective. Although mercury poisoning is a serious issue, you are likely not gonna suffer from any effects if you eat a serving of fish that tends to have higher mercury content. The recommendations are to avoid or limit eating fish species that can be potentially high in mercury. This is to play it safe!
Also, the guidelines on recommended intake and WHAT fish species are low in mercury will vary depending on which country you live in. Let us know if you need help finding country-specific guidelines and we can point you in the right direction! Otherwise, a good rule of thumb is to eat low-mercury fish as often as you’d like, and make it a staple as part of your weekly diet.

Avoid eating large predatory fish species that are known to have high levels of mercury, but do enjoy all the other type of fish out there!

Canned tuna is cheap, convenient, delicious and popular. It doesn’t have a very strong “fish” taste, and that makes it versatile (comparable to shredded chicken).
Now, most canned tuna products are made using younger and smaller tuna fish that are LOW in mercury. This makes sense since most fish that have high mercury levels are larger predatory fish, as discussed above. This is intentionally done by the industry so that MOST of the population doesn’t have to worry about consuming canned tuna.
If you closely read the label of canned tuna you’re interested in, look for the following species: skipjack, yellowfin, and tongol. Consider these options safe and enjoy! They fall into the category of canned LIGHT tuna, in case you come across this term on the label.
Cool, so canned fish is all good then? Not quite!
We suggest avoiding canned albacore tuna, which is sometimes called canned WHITE tuna (not light) on the label. These subtle differences in terminology can mean the difference between consuming tuna that is safe while pregnancy, and tuna that should be avoided because of its high mercury content.
But I like albacore tuna…
Health Canada suggests women who are pregnant or breastfeeding consume a maximum of 4 servings (300g) per week of canned albacore (white) tuna. If canned tuna is a staple in your daily diet, keep the 4 serving limit in mind and perhaps it is time to try out other fish species or even some alternatives like canned chick peas, tofu or edamame!

Raw fish during pregnancy: should you kiss sushi goodbye?

During pregnancy, your immune system is not as good at fighting potential infections. Bacteria, viruses and other parasites that causes infection can be spread via contaminated food and some foods are more susceptible to contamination. On top of that, foods that are served raw or partly cooked, are at greater risk because the crucial cooking step that typically kills bugs is skipped!
Contaminated food can be impossible to detect just by smelling, looking, or even tasting. Obviously you should avoid rotten food(!), but having a good hygiene routine in the kitchen and at home is a good first step. Avoid at-risk food like sushi, smoked salmon, and other raw fish like ceviches. It is not that all sushi are always contaminated, but rather that they are at higher risk of being and because there is no way of knowing; it’s all about limiting the risk. Or at least, being informed of the risk and taking the right decision for you.

Raw or undercooked fish like sushi, ceviche and smoked salmon are not recommended during pregnancy because they can cause food poisoning.

We feel it is important to encourage the selection of fish species that are not endangered. Greenpeace has done a nice job of creating a “Redlist” of 23 seafood species or species groups that come from fish farms and/or fisheries that harm our oceans. This includes harm to the fish species itself, but also other marine life, habitats and marine ecosystems. Although Greenpeace strongly urges retailers to stop selling products that contain Redlisted fish, you can do your part by avoiding to purchase them.
Also, before you eat locally caught fish, whether it is sold at your local grocery store, or as a special at your favourite restaurant, speak to your health care provider about contamination risk. You can also check with your local/territorial government for information on the safety of these fish, and whether there are sustainability risks. The more you know!

Fish during pregnancy: an excellent source of omega-3 fats

The three most common omega-3 fats are:
Omega-3 fats are desirable because they not only support the general health of pregnant and breastfeeding moms, but also help with normal development of baby’s brain and eyes among other things.
If you want to eat fish rich in EPA and DHA, that are LOW in mercury, consider the following species: anchovy, Atlantic mackerel, capelin, char, hake, herring, mullet, pollock (Boston bluefish), rainbow trout, salmon, smelt, lake whitefish, blue crab, shrimp, clam, mussel and oyster. Enjoy these fish freely!

Most fish provide the healthy omega-3 fats EPA and DHA, and that is why enjoying low-mercury fish twice a week is recommended.

Yes to eating fish during pregnancy…until you can eat sushi!

We do acknowledge the challenge of selecting a variety that isn’t endangered, low in mercury risk, affordable, delicious, AND available for purchase!
The point is to just try your best. Now that you are informed, decide for yourself which criteria are most important for YOU to respect and select fish based on this. We believe the easiest way to get most of the good without the bad is to add variety. Eating different types of fish and seafood that are safe for regular consumption will make for an interesting and delicious menu while you eat healthy for two.
An increasing number of foods are being fortified with omega-3’s and present an option where fish consumption isn’t possible. Common examples include yogurt, milk, and eggs – so keep these in mind when grocery shopping. If you still aren’t down with fish after trying different varieties and recipes, consider an omega-3 fish oil supplement that will help ensure your growing baby has access to these healthy fats that support optimal development. Also, if you’re considering reducing your fish consumption and to become vegetarian/vegan, get in touch if you need help choosing food rich in omega-3 fats.

Sushi or not? It all about being informed and taking the right decision for you and baby during pregnancy!